Probably not, but with the cricket score on it last weekend it sure would come close! Just in time for the Ashes cricket series (Australia vs England) a new billboard appeared on my drive to work.

The billboards are in Melbourne (St Kilda), Sydney and Brisbane. I think it’s a brilliant campaign! Let’s hope the rest of the series continues like Brisbane. #cmon #aussies #ashes 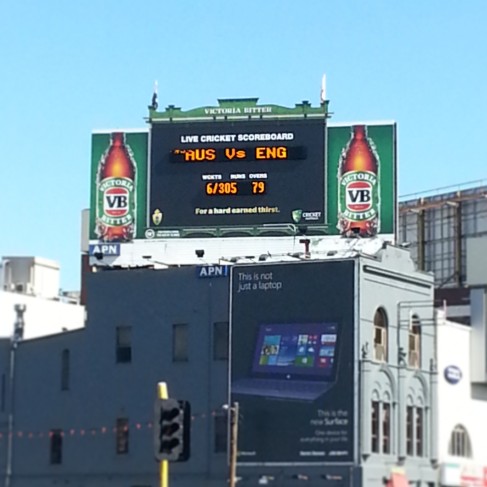